This past weekend, Wil and I went to a surprise 40th birthday party for our friend, Mike. Friends, family, and people Mike had worked with over the years all came out to celebrate. And yes, when he walked in the door and we all yelled “SURPRISE!” he was completely surprised.

At the party, we chatted with old friends and new, then slowly made our way to the front of the room, where Mike’s wife gave a really funny and sweet speech. Then the lights dimmed, and a video displayed photos and home movie clips of his life.

As I watched the images of a happy boy go by, I thought of my own boys at that age. The day they were born, when they learned to crawl, and eventually walk. I remembered when they got their first teeth, that would eventually fall out, which gave me the opportunity to be The Tooth Fairy. It seemed like so long ago but at the same time, not.

My boys were one and three years old and I was 23 years old when I left their dad. I had saved up some money before leaving to be able to pay for diapers and food, and moved in very briefly with my parents in order to establish ourselves in their city. I found a job and daycare within a week, and was out on my own with the kids a month later.

As the video of Mike’s life continued to play, images of him with his family on vacations, celebrating birthdays, and just being a goofy kid scrolled by. I thought of my own kids, not having the intact family life when they were so little that I was seeing before me, and it started to make me sad. Home movie clips began to play on the screen, and I remembered not being able to afford a video camera of my own so I don’t have any footage of my boys. I did have a 35 mm camera that my parents gave me for my 18th birthday, so I made sure I took a lot of pictures with that so I would have something to look back on.

My mind drifted to those years of the photos I had taken of the boys, and because it was just the three of us, I had learned the art of holding the camera out with one arm and snapping a few pictures of us together, or asking a passerby to take one of the three of us. I wanted to capture as much of their childhood and our time together as possible. I had even taught the kids how to use the camera so I could have pictures of myself with them individually, which didn’t always come out very centered, but I kind of loved that.

I was really struggling to make ends meet back then, but I had figured out ways to do things with the kids that were fun and memorable and affordable. We frequently went to the beach, where I would watch my  two tiny, toe headed boys run toward, and then away, from the water along the shore. We would build sandcastles with their little plastic shovels and buckets, which they would eventually ditch to go catch sand crabs buried in the wet sand. We would always end the day with the tradition of stopping at the snack shack for a drink and an Abba Zaba to enjoy on the drive home in my old ’67 Mustang.

For several years, we would go camping together down in San Diego over Labor Day weekend. I’d load up my car with a camping stove and tent I’d borrowed from a friend, and pack an ice chest of full of food. When we arrived at the campground, I would set up the tent, then cook dinner while the kids played, their tiny little legs racing them around with a ball or some toy on the fresh, green grass. Later, we would roast marshmallows for s’mores over a fire I had built, then eventually climb into our sleeping bags with flashlights, where I’d tell them silly ghost stories or read a book before we went to sleep.

I continued to watch the video of Mike as he turned into an adult; college, dating and ultimately getting married and having kids of his own. I thought of my own kids, now 22 and 24, living in their own apartments, heading toward the years of relationships and someday, possibly marriage. They may or may not have kids of their own, that is for them to decide, but they have their whole lives ahead of them to make those choices for themselves. The images of my little boys slowly being turned into adults once again filled my mind.

I may not have video, but the snapshots of those moments together tell a story in a chapter of our lives that I will always cherish. 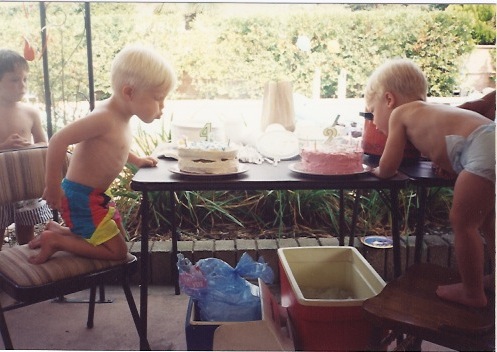 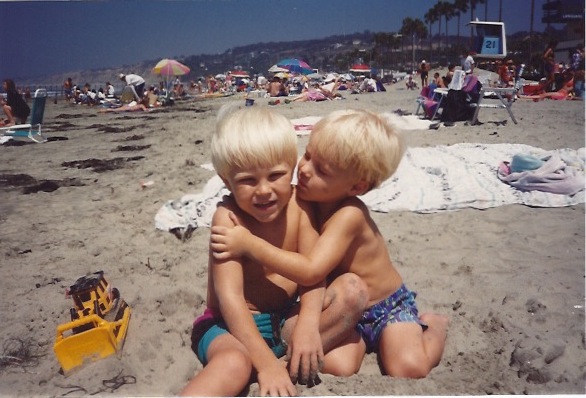 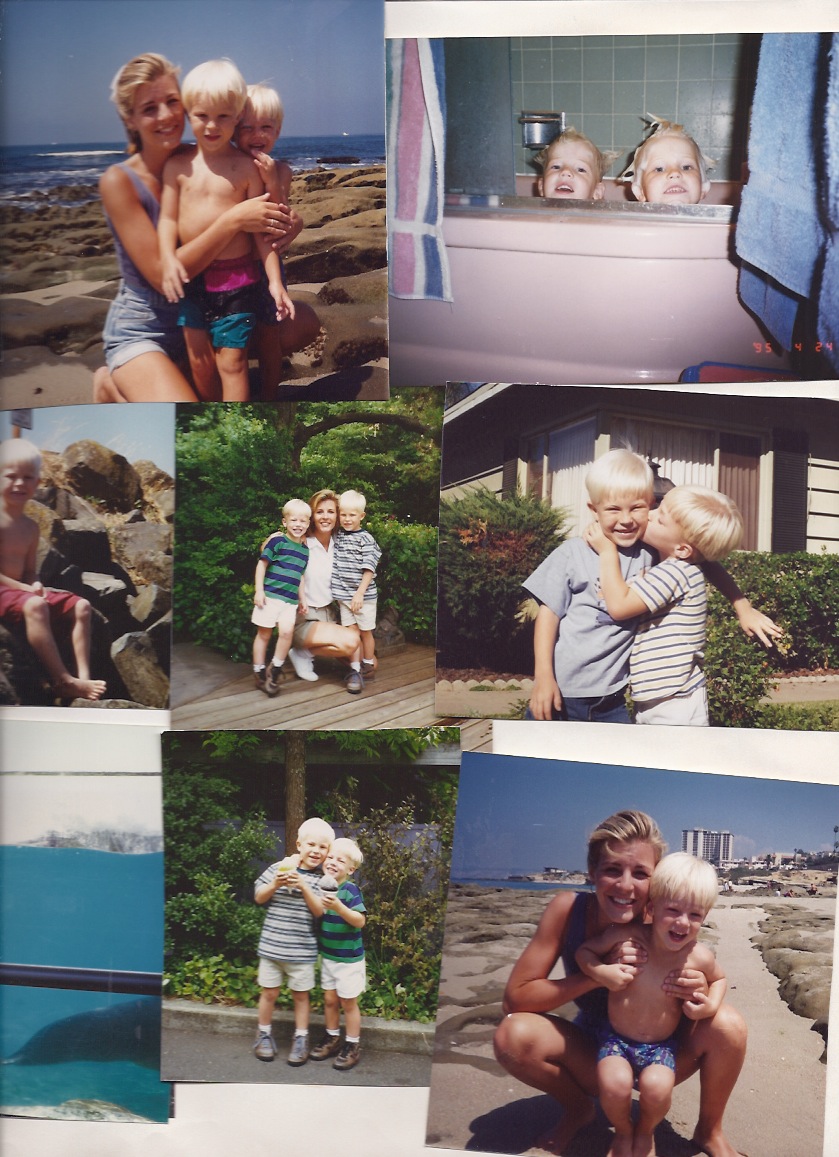 33 thoughts on “A Picture Is Worth A Thousand Words”