On Sunday morning, my alarm woke me from a deep sleep. I noticed that our dogs, Seamus and Marlowe, were tucked into us on our bed, barely opening an eye to see that I was awake. It was too early for all of us.

I did the usual roll out of bed, open the back door to let the dogs go outside. I noticed that the sky was surprisingly gray, and our patio and lawn were wet. “Holy crap, it actually rained.” I thought. We are having the worst drought right now so any rain is appreciated, although it did seem unusual to me that it would rain on the day of the Wiggle Waggle Walk. This would be the fifth time we have participated in this event for the Pasadena Humane Society, and every time it’s been ridiculously warm outside. I realized my dogs had no interest in getting out of my bed this early, so I shut the door and got myself ready to leave.

We met Seamus at our first WWW five years ago, when we were asked to walk a shelter dog to promote adoption during the event. We had lost our dog, Ferris, to cancer just 6 weeks earlier (that’s why we started doing these walks) and our dog, Riley, had torn her ACL in her knee four days before the walk, so she couldn’t attend because she was recovering from surgery. Seamus was 7 months old at the time and even back then, he had no interest in walking the 3.2 miles around the Rose Bowl for this event. He loves to go for walks around our neighborhood, but anything over a mile and a half and he parks himself on a lawn and is over it. Riley has developed osteoarthritis in her surgery knee and since she’s pretty anxious anyway, we just bring Marlowe to do the walk. Yesterday was her third one (she did her first one 6 weeks after we adopted her) and seems to really enjoy it.

It’s funny,  Marlowe is only 2 years old so in small settings where there’s a few dogs, she gets super over-stimulated and practically turns into the Tasmanian Devil running laps around dogs she wants to play with. The Wiggle Waggle Walk brings out hundreds and hundreds of people and their dogs, which I think borders on overwhelming for Marlowe, so she becomes a very polite, well-mannered girl who just does the walk and enjoys the scenery and all the other dogs that are out there to do the same.

As we were nearing the end of the walk, we passed a woman who was walking a chihuahua. Marlowe was cruising along, looking forward and minding her own business when this chihuahua lunged at Marlowe’s face and snapped at her. Marlowe just looked at her like she was weird and kept going. The dog lunged again, snarling and showing it’s teeth, which Marlowe again ignored, but it was making me really uncomfortable, so we walked quickly to get ahead of them. I heard the woman tell her friend, with a chuckle, “Yea, she likes to get in the face of Pit Bulls and challenge them. Hahahaha!”

I was trying to figure out if she thought it was cool that her small dog was essentially trying to pick fights with other dogs that she decided were bad, and that her dog was such a badass that she was up for the challenge or what. But all I could think was what a terrible pet owner to think it’s funny that your dog lunges and shows its teeth at other dogs ESPECIALLY in an environment where we’re all here to support an organization that does so many great things for animals. Either way, that was pretty shitty and I’m just glad our dog wasn’t hurt.

We finished the walk and I realized I hadn’t seen Pixie at all. Pixie is my awesome photographer friend who did all the photos for our rescue pet calendar. She has loved working with animals so much that she volunteered to take pictures before, during, and after the walk. I found her at a little booth, where she had brought all kinds of adorable props (bow ties, glasses, hats, feather boas) so people could get cute pup pictures taken. We decided Marlowe would look fashionably glamorous in a purple feather boa, and surprisingly, she didn’t protest wearing it. 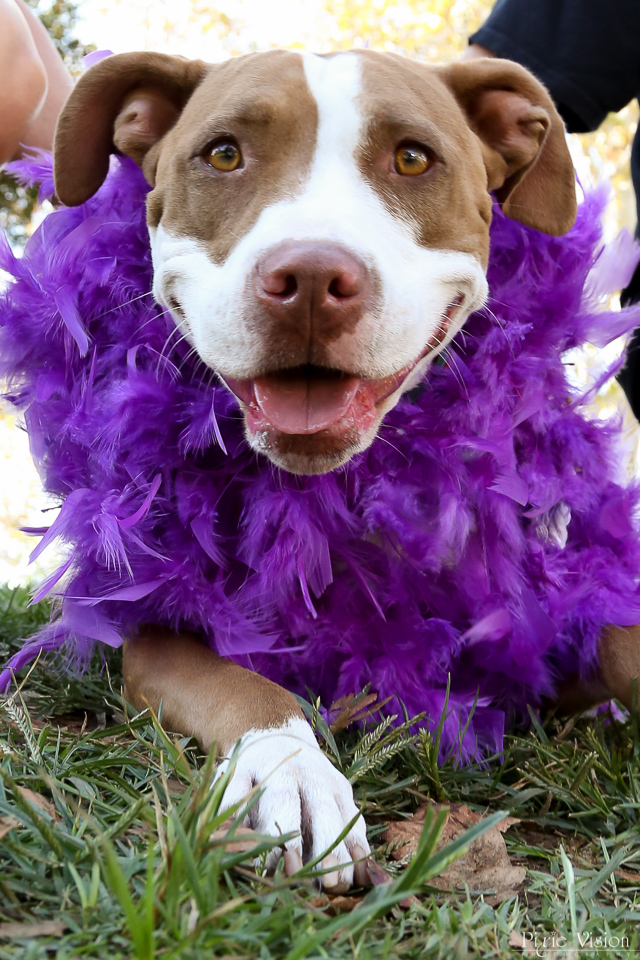 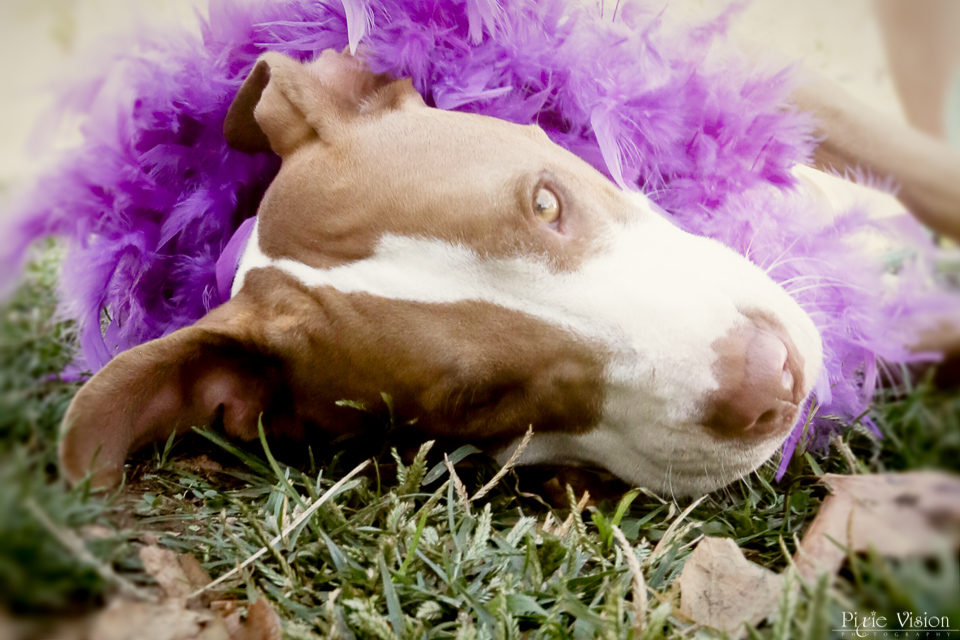 I am so grateful for all of the support, both in helping to spread the word about our project to help PHS and the donations that were made. The rescue pet calendars are being delivered from the printer to me today, and I will start shipping them out to donors this week. I will be taking down our donation page this Friday (October 3rd) so if you would like one for yourself, or to make a donation in honor of a friend or family member who loves animals, so they receive the rescue pet calendar gift for the upcoming holidays, there’s still a little time to do so.  And remember, if you’re considering becoming a pet owner, the best breed is rescue. 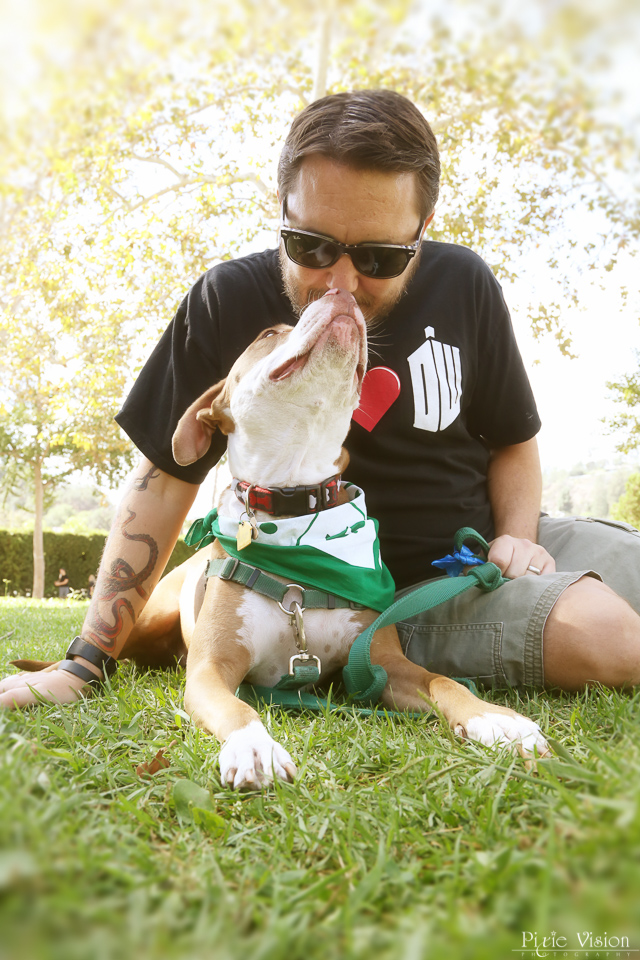 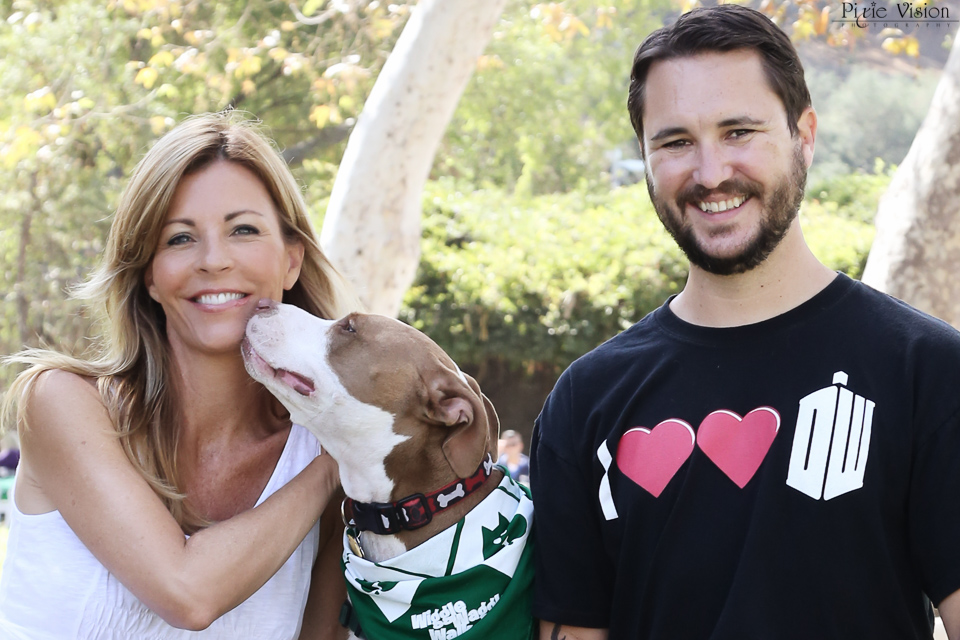 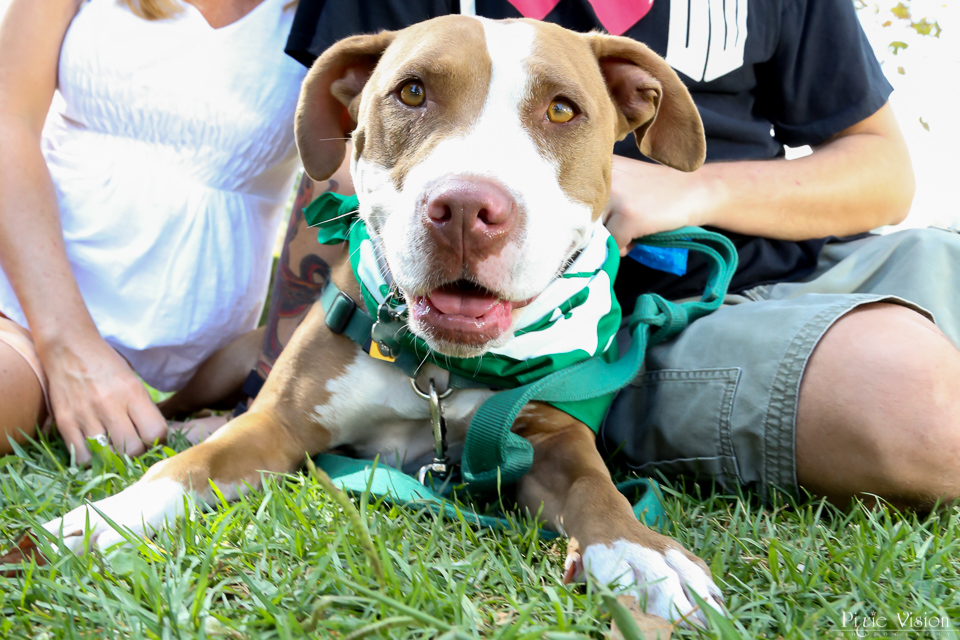 Several months ago, Wil did a collaboration brew with Drew Curtis and Aisha Tyler for Stone Brewing Company called W00tstout 2.0. Wil and Drew did a similar brew last year with Greg Koch from Stone, but decided to change up the recipe a tiny bit and bring in a new person for the brewing. The result is AMAZING. Everyone has their favorite so I’ll just go ahead a say that I love the 2.0 version *slightly* more than the original.

A couple of months after brewing 2.0, Wil and I went back to Stone where he brewed a White Sage IPA. This one is SUPER yummy. Our friends, Bobak Ferdowsi and Rileah Vanderbilt did their own collaborations with Stone as well. And as yummy as these brews are, they aren’t available in bottled distribution. Only the W00tstout and W00tstout 2.0, and even that is a limited distribution itself. ARGH!

When Greg Koch decided to put in a company store in Pasadena (it’s a tap room, beer in bottle supply, and merchandise location) he asked us if there was a local charity that we loved because he wanted to do events at their new location and donate a portion of proceeds to an awesome charity. The company store is less than a block away from the Pasadena Humane Society & SPCA, so that was a no-brainer. I got Stone’s event and charity coordinator in touch with the event coordinator at PHS, and they’ve been working together ever since.

And now to the fun part!

On Wednesday, September 24th from 7 to 9pm at the Stone Brewing Company Store in Pasadena, Wil and I will be taking over the taps and pouring beers! Not just any beers, though. We’ll be pouring original W00tstout, W00tstout 2.0, White Sage IPA, Quadrotriticale, Suede, and Mocha Milk Stout. Of course, I’m going to have to taste all of these before serving them to the public. I…uh…need to make sure they aren’t poisonous…or something. Yea, that’s it.

If you can join us, eat some dinner, take the Metro or an Uber car or some other form of designated driver, bring your growlers if you want to take some home, and come have some tasty beers poured by me and Wil! And the best part? Stone is donating a portion of the proceeds from this event to teamwheaton.org! EVERYONE WINS!

If you would like more information on the project I created for PHS and the Wiggle Waggle Walk, watch this video and click on the link to donate to a wonderful non-profit organization and get a rescue pet calendar of your own!

If you have your own rescue pet and would like to share your story and a picture, please submit it to my Tumblr at rescuepetsareawesome.tumblr.com so we can share our love of rescue animals with the world!