It was an unusually warm, spring day. The smell of orange blossoms filled the air as I made my way over. For weeks, as I approached this certain spot, I would smell something else though. It wasn’t flowers, it wasn’t freshly cut grass, it was the smell of something rotting. Not quite the smell of death, but close. I couldn’t take it any longer. I walked up, bent down and blindly reached my hand in, fingers spread wide as if to feel something, anything, as my hand surveyed the space. And that’s when I hit it. Warm, encapsulated, about to burst. I yanked my hand away and screamed.

Hold on. I should go back a little further on this. Let’s start from the beginning.

It was Spring of 1992. My junky old car had died, so my dad gave me their old 4-speed Datsun B210 that I had learned to drive on back in high school. It was in great condition but my mom hated to drive it, mostly because she wasn’t comfortable driving a stick shift. Although recently, her car had been in the shop so she drove the Datsun the week before it was handed off to me permanently. For some reason when I got the car from her, it had a bit of a funky smell, but I didn’t care. I had a car to drive and that was all that mattered. I took it to the car wash and got it looking sparkly, and they even threw in a couple extra blasts of air freshener because they noticed the smell too.

This little car got me to and from work no problem. A week into driving this car, I was very aware of that smell still being in it. I would search the car but never find anything, so I’d just drive to work with the windows down and the smell would go away. I didn’t smell this every day, though. I started to realize I only really smelled it when the car was hot inside. At least 5 times over the next two weeks,  I would move the seats around and search inside the car and in the trunk to find where that smell was coming from. Nothing. It must be in my head, I thought.

It was now the third week of owning this car. I was in a bit of a hurry because I was running late for work. It was really warm outside and I had parked pretty far from my apartment so it was a haul to get to my car. As I approached the car, I was hit in the face by THAT SMELL. I hadn’t even opened the doors yet. I was a good 8 feet from the car and I could smell it. “That’s it!” I thought. “I am going to FIND WHAT’S CAUSING THIS RIGHT NOW.” I looked around to make sure none of my neighbors heard me talking out loud to myself, but also to make sure no one was around if I did find something in my car. Would I be mortified? Terrified? Embarrassed? No one needed to witness what I was about to discover.

I walked up to the driver’s side door, unlocked it, and set my keys and my purse on the roof of the car. I bent down, grabbed the lever adjuster and pushed the seat back as far as it would go, leaning my head down by the pedals to look under the seat. Nothing. I got up, grabbed the lever again and pushed the seat on its track all the way up toward the steering wheel as far as it would go. I crouched down on my knees, braced myself with my right hand on the floor of the car, and reached my left hand all the way up under the driver’s seat, my fingers spread wide, blindly surveying the space, and that’s when I hit it. Warm, encapsulated, about to burst. It felt like it was the size of a softball. OR A HEART. OH GOD!! I screamed as I simultaneously yanked my hand out and stood at the same time, immediately feeling something rip the top of my hand open. I stood up next to the car, gasping for breath as I looked down at my hand, which now had a two inch slice straight down my middle finger. The cut happened so quickly and was so deep it took a minute for it to start bleeding but then blood was everywhere. I grabbed a kleenex from my purse and wrapped it tightly around the cut, then looked down to see what I had touched under the seat that cut me the way it did.

When I yanked my hand away, this thing had dislodged itself from its position, which apparently was wedged directly up under my seat. The cut from my hand was not from this object, however. It was from the upholstery tack under the edge of the seat, and when I stood and yanked my hand, the razor sharp tip of this tack caught my skin. I could see the edge of this…THING that had come part way out from under the seat, so I took off my shoe (of course I did) and cautiously leaned over, using the end of my shoe to pull the object the rest of the way out from under the seat. There it was, on the floor of the back seat. The smell was at a level I’d never experienced before. I stood there, trying to process exactly what I was looking at. And then it started, my uncontrollable laughter.

In its package, which was now about to rupture from the gasses it had created, partially liquified, was the culprit. A rotting ball of Provolone cheese.

I grabbed the corner of the package and carried it to the nearby dumpster, laughing and dry-heaving along the way. Afraid it would burst if I dropped it in while I was next to it, I decided to toss it into the dumpster from about six feet away. The package hit the inside wall of the dumpster and EXPLODED liquidy cheese everywhere (except on me THANK GODS). I ran up to my apartment to clean my finger (which really needed stitches but I was already late for work, so I tried to butterfly bandage it closed but then spent the day replacing bloody band-aids on it because it didn’t stop bleeding for hours) and I called my mom.

“Are you missing a ball of Provolone cheese?”

“Oh, I was wondering where that went. I made a quick run to the grocery store before we gave you that car. It must have rolled out of the bag. Just bring it with you the next time you come over.”

She changed her mind when I explained what happened. She couldn’t understand why I went THREE WEEKS with that smell in my car. I mean, how hard is it to find a ball of cheese?  I am the genius who found out the hard way that sometimes your nose can find things easier than your eyes can.

I’ve noticed an interesting thing that happens every time Wil posts a really happy picture online of the two of us together. There’s always handful of people who want to try to criticize Wil, sometimes by his own appearance (it’s crazy how people seem surprised at another human being not having perfectly straight teeth) but mainly by attempting to “insult” Wil for being with me because I’m older than him. And since it happens so often, I figured now would be a good time to set the record straight, since he posted a picture of the two of us at the hockey game last night on Instagram and these comments appeared again.

First of all, yes, I am older than him. When we first started dating twenty years ago, it actually really bothered me for the first six months of our relationship. I had always assumed older meant more responsible for some odd reason. Boy, was I wrong about that. Wil was one of the most responsible people I’d ever met. After six months into this relationship, I talked with my grandma about me dating someone new but it was weird because I was older than him. My grandma, who outlived three husbands in her 94 years on this earth, (one to a tragic accident, one to cancer, one to old age) very sweetly said “Oh, honey. I was older than ALL of my husbands. We just know a good thing when we see it. If you love him and he loves you and is good to the kids, that’s all that matters.” And that’s when I stopped caring about our age difference and focused more on the man who unconditionally loved me and the two little kids I brought into this relationship.

About 10 years ago, Wil and I went to visit my grandma in the nursing home in Oregon. She had dementia, but she wasn’t an angry, frustrated dementia person. She was more like “Meh, I can’t remember that detail in life.” But there were things she did remember and one of them was that conversation I had with her about Wil when I had started dating him. While Wil and I were talking with her, she paused for a moment, took Wil’s hand into her own, pat the top of it with her other hand, then looked up at him and said “You need to take really good care of yourself because we women in this family live a very long time.” She looked over at me and winked, and let go of Wil’s hand. Wil, laughing, enthusiastically responded “Oh, I know!” My grandma smiled back, relieved in the thought of the very long life Wil and I would continue to share together.

So, for those concerned about Wil being in a relationship with me, an older woman, I have some words to ease your mind so you don’t have to worry yourselves about it anymore. As you can see by the photos you comment on, we are extremely happy together and the age difference doesn’t matter to us. We may both be in our 40s now but rest assured, we enjoy traveling together, we share our life with amazing friends and family, and we continue to love our home and all of our rescue pets. And when you see those smiles on our faces with the natural aging lines and the occasional gray hairs? Don’t worry about that either. Aging happens to everyone. Someday it will happen to you too! And if you’re lucky and find the love of your life, who may or may not be older than you, I hope you experience the strong passion for each other that Wil and I continue to enjoy several times a week.  As the experts say, sex keeps you young! (and happy, and fit, and flexible, obviously). So don’t worry about Wil anymore. He seems to be doing just fine with his older wife and of course,  I am thrilled with my younger husband. 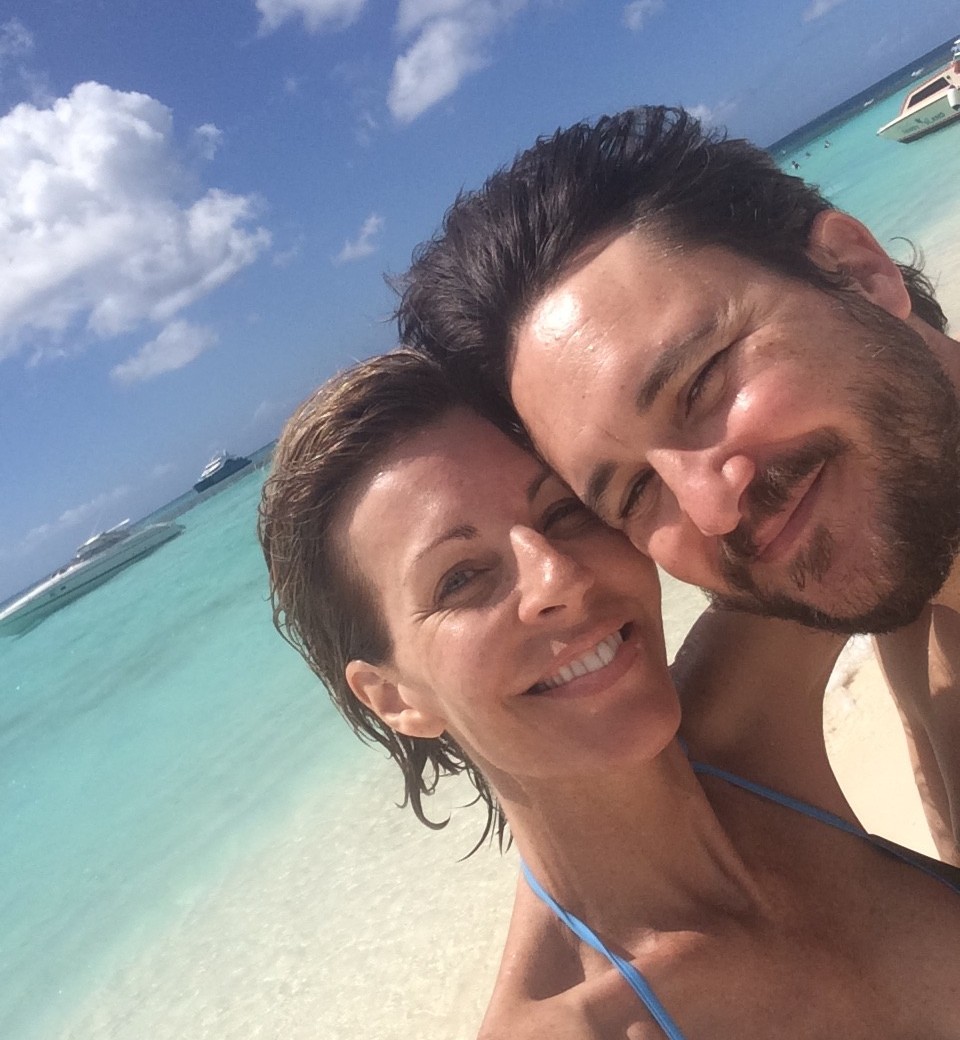 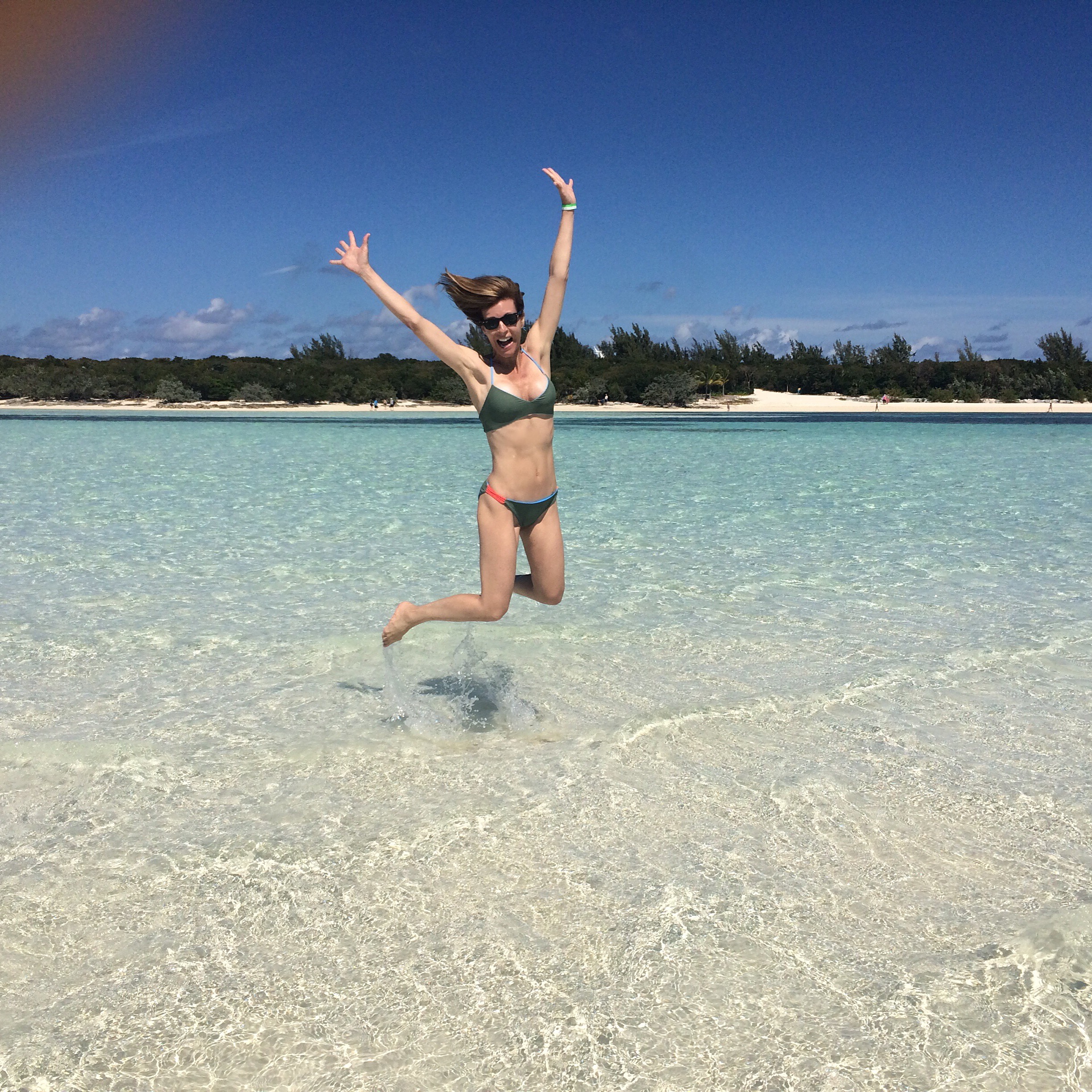 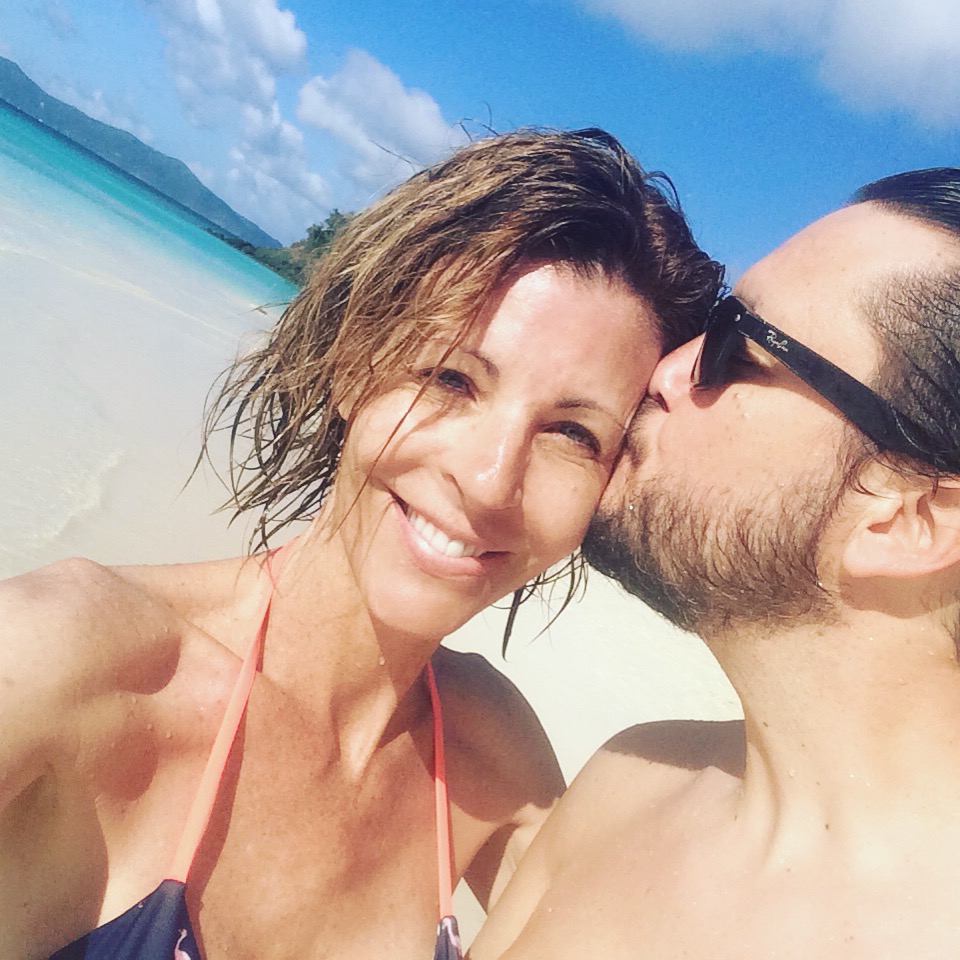 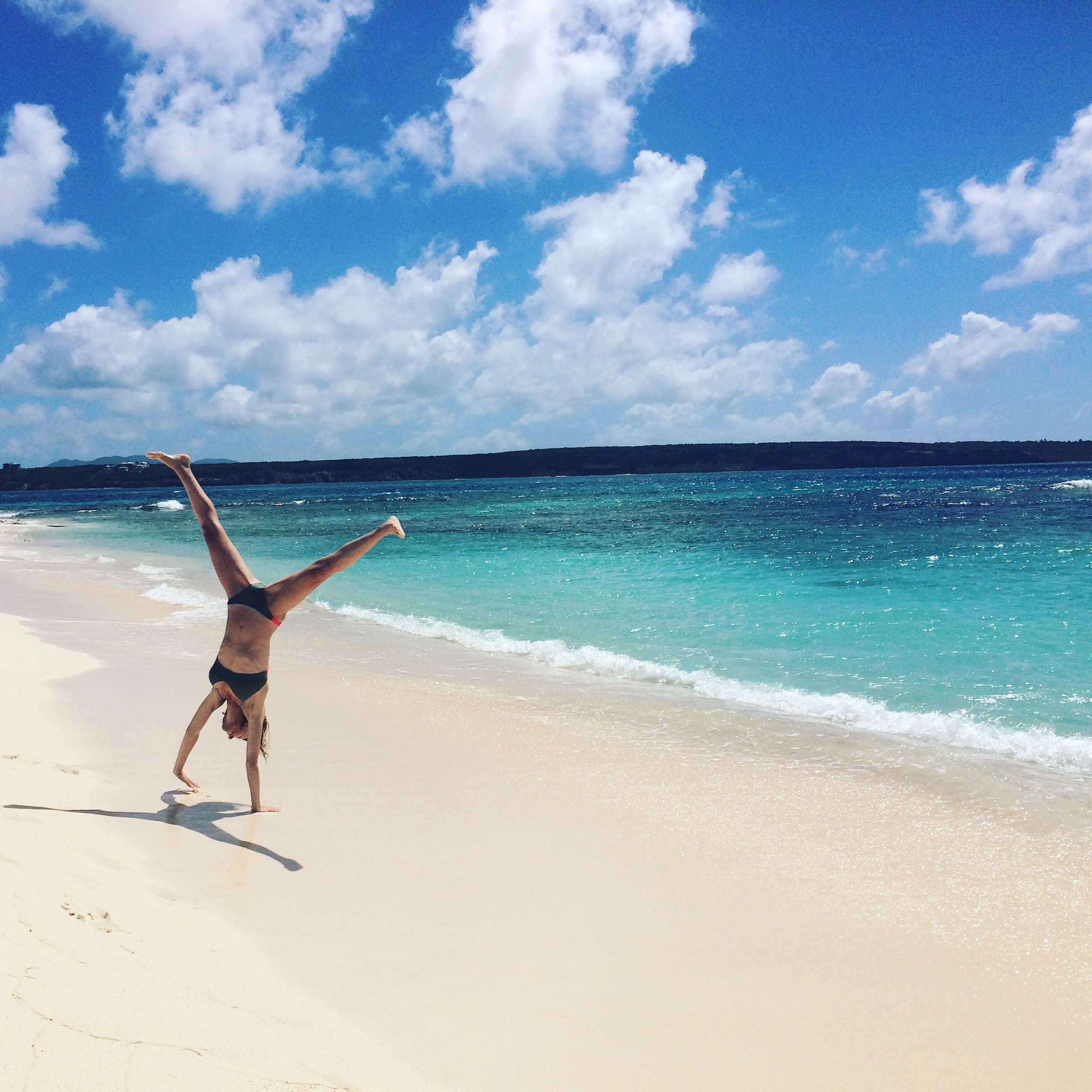