As you may know, I do a lot of work with the Pasadena Humane Society. All year long, they do little events within local communities with everything from adoption to education about animals to various types of fundraising. PHS services nine local cities and helps with rescuing stray animals off the streets to bring to the shelter for care and get adopted, as well as rescuing wildlife from local neighborhoods and releasing them back into their natural habitat. All of the care of these animals is costly, but PHS has found lots of cool ways to help support their organization. Their biggest springtime event is an annual golf tournament and silent auction, which brings in all kinds of awesome auction items. This year in particular has brought in some really incredible and unique items, so they decided to make the auction public!

There’s a lot of really great items in the auction, but I particularly love the ones we contributed to it, and I’m pretty sure you’re going to love them as well. The first one is the script from the most recent episode of “The Big Bang Theory” that Wil did that just aired last week. The script has the notes he wrote in it during rehearsals, and the cover is signed by every cast member, as well as the guests on that episode. Yes, even Kevin Smith signed it. I KNOW!! So, that’ super cool in itself, but included with the script is a cast photo signed by each cast member of the show. I don’t know how often things like this surface for the public to access, but if you would like to bid on it (U.S.residents only. The cost of shipping any of these items internationally would be too costly) your funds will be a 100% tax deduction because it all goes to PHS. Here’s the link to the script and photo auction. 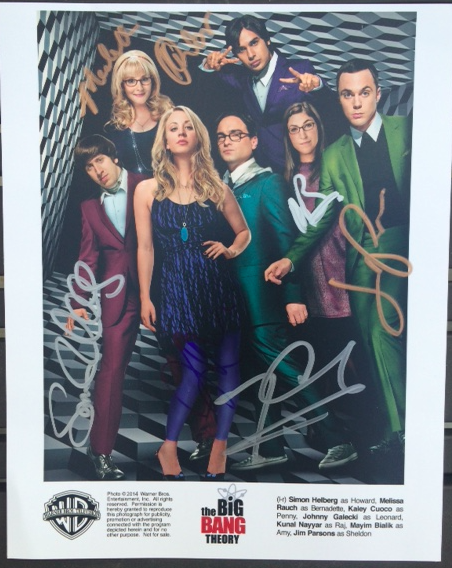 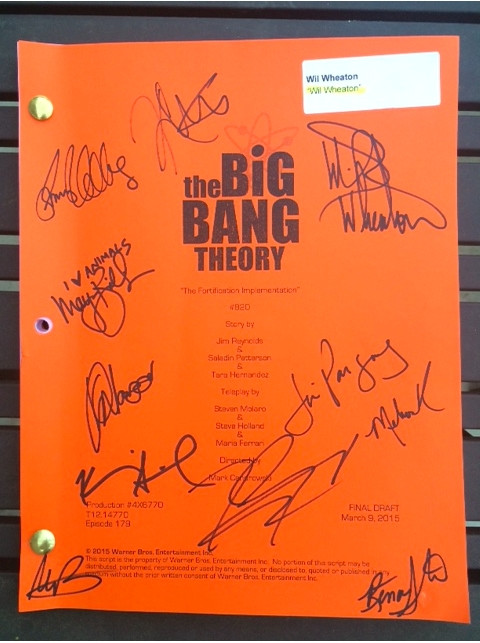 These next items are so cute I can’t even stand it. Nathan Sawaya is an artist who creates the coolest sculptures out of LEGO and has shows in galleries and museums globally. You may have seen his work recently if you watched the Academy Awards this year, when Oprah and a handful of award-winning actors got a yellow LEGO Oscar statue. If you’re a collector of amazing and unusual art, you will love what he generously donated to the PHS auction. He created statues of a black dog and a grey cat. EEEEEEE!!! ( I love them and had a really hard time just delivering it to the shelter and not keeping it for myself.) Nathan has his signature printed on one of the bricks, which you will see on the side of the tail on the dog and on the leg of the cat. Again, these items are up for bid only for U.S. residents, as the cost of shipping will be insane if they’re shipped internationally. And just like the script and photo, the funds for these items are 100% tax deductible for you. Everyone wins!

The online auction is only happening for one day so get in on it quick! And thank you for supporting a wonderful organization! 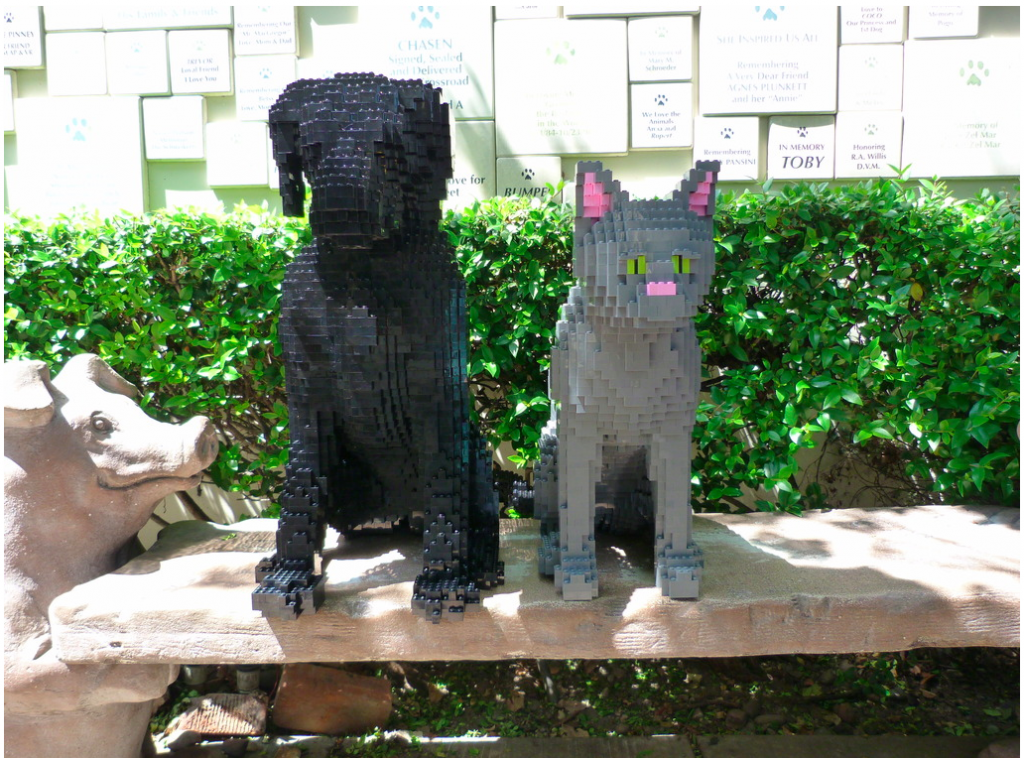 2 thoughts on “The Gift of THE BEST THING, EVER”