*UPDATE* There is new information regarding pre-ordering and shipping on a post I wrote on November 10th. You can view it here after you read this post, which contains lots of other delightful details!

In May 2016, I had an idea for a heartwarming, delightful children’s story about a little Pug dog who set out on an adventure and met a little pig, who joined him on his journey. The book would appropriately be titled “Piggy and Pug.” I worked on the story for a couple of months and then I hired my editor friend Charlotte, to edit my story. By September of 2016, I had an official manuscript!

In between writing my story and waiting on the edits, I thought a lot about what my next step would be. Do I take this straight to a publisher? Do I self-publish? Do I find an illustrator and at least get the illustrations done and then take it to a publisher? I talked to several friends about this who are for reals authors who have for reals publishing deals. I heard the pros and cons of going with a traditional publisher, so I thought about it a great deal over the following months. During that time, I decided to go ahead and find an illustrator because even if I did go with a traditional publisher, when it comes to children’s books, they want to see the completed project before deciding if they’re going to sign with you. I found an incredible artist, and we began our journey into the visual side of my story.

As my words came to life in illustrations, I became even more attached to these characters and what they experienced in their lives. Becoming so attached made me even more hesitant to go with a traditional publisher because I would have to give up the rights to them. A publisher could decide to cut out parts of my story, or go with a different illustrator, or even change the title of the book. I knew there were good reasons to go with a publisher but I also knew that as a no-name author, I would have to accept that these changes could be made because that’s what they felt would sell a book. In the end, I decided it wasn’t about the book sales, it was about making a book that little-kid-me would have wanted to read day after day, and I wasn’t willing to make compromises. The only way this would be made exactly how I wanted it was to publish it myself.

During the first few months of this whole process, I think I only told maybe 5 friends that I was doing this book. Mostly because I had zero experience as an author so it felt weird to be all “Hey, I wrote a book!” But also, what if I didn’t actually finish it? Then I’d constantly be asked “Hey, what ever happened to that book you were writing?” And then I’d have to say “Oh, it was too difficult to turn it into an actual book so I gave up.”  With the encouragement of my husband, and the boost toward ways to actually make it work from my friend Ariana, I figured it out. It is now an official book that is currently in the process of being printed.

I know most creative people share their work process as they’re doing it because it’s interesting to see that side of it. Like I said, I wasn’t sure I’d get to the finish line on this so I didn’t share any of it while it was in the works. Well, sort of. When my story was done and the character designs and a few sketches of the full illustrations had been done, I did read my story and did a little slideshow presentation of what I had on the Joco Cruise in March 2017. The feedback was so supportive that it was just what I needed to see this project through. Once I was on the final week of this project, I decided to create an Instagram account- @PiggyAndPug- to show how I did this from beginning to end, with the final post of my whole idea being a printed book in my hands. A few weeks after I started that Instagram account, I hired a publicity/marketing person to help me with my book launch and she suggested I also create a Facebook page for it, which I did on @PiggyAndPugBook. The Facebook posts are a few behind the Instagram ones at this point because I started it later, but it will eventually catch up. And once the book is released, both places will have announcements and stuff posted there.

And now the best part; launching my book! (Which is the whole reason I started this post but I’m wordy so it took a while to get here, okay?) Since you know I am self-publishing, there’s a few things you need to know about that part. Doing something you’ve never done before means it takes time. It takes longer to get the results you want and if there’s any issues, it takes longer to correct them, and that’s okay. Slow and steady wins the race, right? When my friend, Will, did the layout for me and I could see it like an actual book, the breaks in the story needed different wording in some spots. I also noticed a couple of minor changes I wanted to make in two illustrations. And then when I thought “This is it!” the final proof came back from the printer and the cover art didn’t fit right. NOOOOoooooo!! But that’s ok. I was willing to endure these delays so the book would be exactly what I wanted it to be. My illustrator had to make some adjustments to the cover art so it would line up correctly when printed, and we were finally all set. Off to the production line for printing!

In the year and four months I worked on this, I never put a deadline on myself on when it would become available. It would be done when it was done. As I shared more about the book online, excitement built around it, and I kept getting asked if it would be available for Christmas. Since I had these delays on getting it just right, it put me in a time frame of holiday delays for my printer, and they weren’t sure I’d get it before the end of November. Once everything was done and sent off, I got my answer. My printed books would get to me by the middle of December. There was no way I could guarantee anyone would get this by Christmas.

I had about 45 seconds of feeling disappointed before realizing I am really okay with this. The delays meant the book didn’t suffer the story and print quality it would have suffered had I rushed it. It isn’t a holiday themed book, and I’m not dependent on holiday sales to make this a success. It’s still a book little-kid-me always wanted to read, and that’s what matters most. I know some people will be disappointed they won’t be able to give this as a holiday gift, but it is what it is. That’s the beauty of self-publishing. Gotta go with the flow!

So now that you know my book will NOT be available for Christmas, here’s some more information. It WILL be available for pre-order at the beginning of December! I have someone building a website for me now where I’ll be posting information about the book, when it’ll be released, pre-ordering of the book, merchandise related to the book, and a calendar of where and when I will be doing readings and signings because YES! I am going to do a little book tour!

Over the past few months, I have been asked to read in classrooms at schools, do readings in libraries, participate in book festivals, be on podcasts, read in stores, and attend conventions. I didn’t schedule these bookings with anyone yet because I was waiting to find out when the book would be here. I will be doing my first official reading/signing on the JoCoCruise2018 in February because that’s where this all started for me publicly, so I want to give back by bringing it there first. So if you’re going on the cruise, I’ll see you there! Otherwise, if you would like to inquire about an appearance, you can email my publicist to set something up. (contact info below)

Here’s some useful info about my book because I’m sure these will become FAQ:

*This book is for the 5-8 age range. Even if you have older kids or no kids at all, I am sure adults will love this so yes, get one just for you! Hardcover (no dust jacket because no kid likes those things) printed on high quality, durable paper for those enthusiastic little reader hands. Book is 9 inches tall and 12 inches wide.

*Book will be available to order on Amazon by March 2018. Also available on Kindle reader (illustrations and all!) March of 2018.

I’m so excited about this so I’m showing you the cover now. LOOK HOW CUTE!! 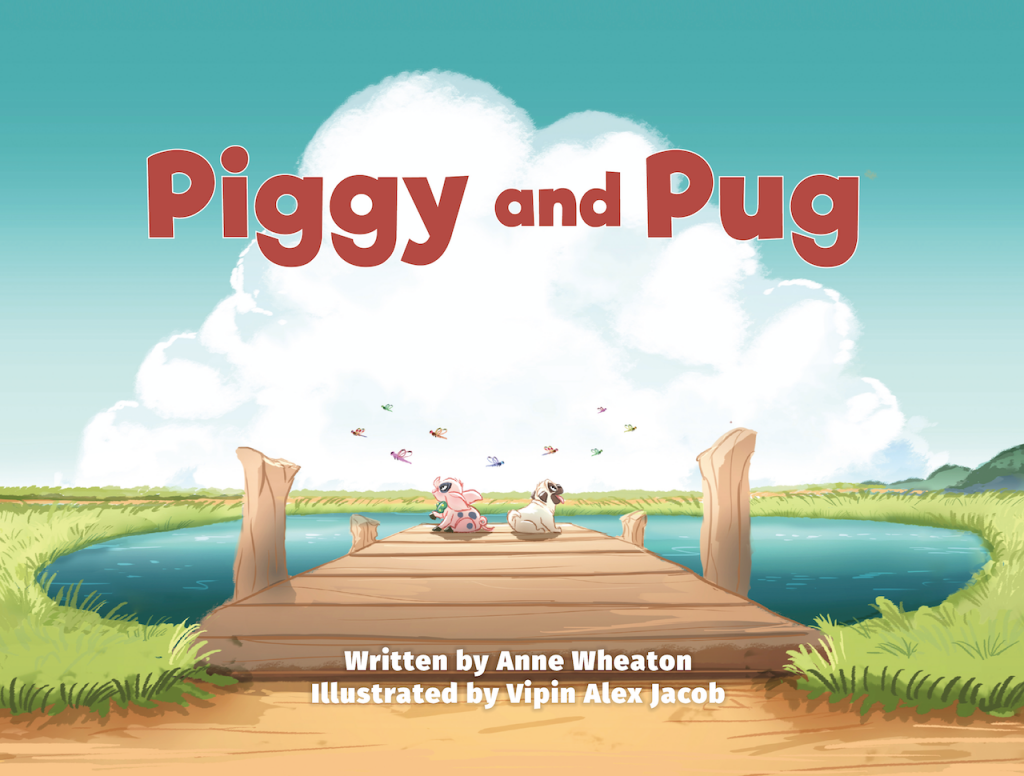 18 thoughts on “Do What You Love, Love What You Do”